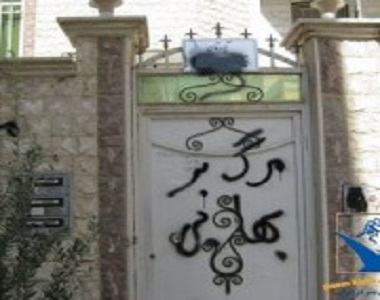 HRANA News Agency – 46 Baha’i citizens of Eyval, a small town in the province of Mazandran, Iran, who have been facing continuous torture and harassment, issued a letter to the head of judicial system in Mazandaran asking him to put an end to these harassments. They wrote: “the government of Iran claims to be the true representative of Imam Ali’s ideal government who once said “I don’t deserve sleeping at night if I hear the personal jewel of a Jewish woman is stolen” (Jews and Muslims have been always at war). Also, when he was preparing Malek Ashtar’s verdict as the governor of Egypt, he suggested: “Malek, people are either your Muslim brothers or God’s creature. You need to treat them, ALL, fairly.””.

The full text of the letter is as follows.

Hereby we, a number of citizens of the village of Eyvaal, which is located in the Chardangeh county of the city of Kiasar – Mazadaram province, would like to inform you about our current living situation and challenges. We, as well as our parents and ancestors, have peacefully lived in this small town with other residents without and hostility or major disagreement for many years. This peaceful situation continued until after the revolution, when some of the residents were coached by a handful of individuals to harass and bother us because of our Baha’i faith. The level of harassment and torture continued to increase until 1984 when we were forced to leave our houses and settle in the city of Sari due to safety and security reasons.  Despite this forceful migration, we were able to visit our lovely village, even work in our farms, and cultivate different kinds of fruits and agricultural products. However, in July 2010, the same individuals attacked our houses and farms and demolished everything. They used loaders and bulldozers to destroy our houses and leave our furniture along with other remaining materials by the Sari – Semnan road. Considering that we have always been law abiding residents of the Islamic Republic of Iran, we believed we deserve a fair treatment and justice and submitted our legal claims against this unjust action.

Despite these evidences and certainty of the crime committed by the defendants, unfortunately the district court ruled against these evidences. Naturally, we challenged this decree and our file was taken to the Court of Appeals, Branch #8 (court No. 900732).  In order to investigate the incident and find the truth, the honorable Court, Branch 8, took necessary measures. While the case was moving in the right direction to establish the guilt of the accused people (but still had not reached a final decision), we were informed that the president of the Revolutionary Court # 49 of the constitution in Sari requested to stop the investigation of the case (according to letter # 175 / 49, dated 01/11/2013). Unfortunately, Hojjatol-Islam Talebi, the President then, explicitly instructed to stop further investigation.

In addition to the above legal standards, which are required to execute, the provisions of letter No. 175/49 dated 01/11/2013 Court, Article 49 of the constitution court, imply that the properties of Baha’i community should be managed by Executive Committee of the Imam. This letter doesn’t even refer to any court order in this regard. Moreover, management of our properties by the Executive Committee of the Imam doesn’t take away our ownership. During all these years, we have been cultivating in our farms without any problem. This year (Fall 92) we cultivated our lands according to the Kiasar court order and under the supervision of Poshtkuh police station, waiting for favorable weather to deliver the fertilizer and then harvest. Moreover, it is legally accepted that a legal order (of “dispossession”), even if such an order exist, cannot be retrospective.

Dear honorable head of the justice, the criminal activities of the defendants are against Islamic principles and values and must be legally pursued in the court of justice because we, Baha’Is, hold legal citizenship of the sacred Islamic Republic of Iran. According to the constitution of Islamic republic of Iran, legal orders, fatwas, and rights of Iranian citizens reflected in Persident Rouhani’s charter, our safety and security must be protected by the law. Also as indicated in a fatwa issued by the founder of the Islamic Republic of Iran, as Iranian nationals we must be treated like Muslims and must be safe. The government of Iran claims to be the true representative of Imam Ali’s ideal government who once said “I don’t deserve sleeping at night if I hear the personal jewel of a Jewish woman is stolen” (Jews and Muslims have been always at war). Also, when he was preparing Malek Ashtar’s verdict as the governor of Egypt, he suggested: “ Malek, people are either your Muslim brothers or God’s creature. You need to treat them, ALL, fairly.”

Considering the chronology of the incidents and realities reflected in our legal case, we are expecting that you, the honorable head of justice in Mazandaran province, at least order to remove the ban on this legal process until we benefit from a fair and just trial.

2-    The Honorable Judges of the Court of Appeals, Branch #8

The following individuals are all Baha’I residents of Eyval who have signed the letter: