Letter from Sunni prisoner in response to ‘confessions’ documentary 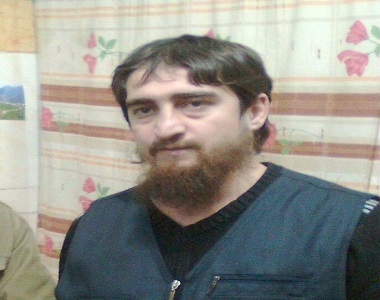 HRANA News Agency – The official Iranian television showed an interview with Kaveh Sharifi, the Sunni prisoner, some time ago.

Kaveh Sharifi has written a letter explaining about this confession.

This letter which is published by HRANA is as following:

In the name of Allah, the Most Gracious, the Most Merciful.

I am Kaveh Sharifi, the son of Tawfeeq. I was born in 1984 in the city of Sanandaj and was arrested by security forces on 24 September 2009. During 21 months of detention in the Ministry of Intelligence in Sanandaj, I was under intense pressure and severe physical and psychological torture.

During that time, the interrogators from the Ministry of Intelligence in Sanandaj in their interrogations used different methods to force me to accept false and unfounded charges on paper and in front of the cameras, so that they could easily destroy my good and religious image in front of the people, and as a way to justify to the minds of the public the suppression and enforced disappearances of me and those like me.

But after all the efforts and attempts made by the Ministry of Intelligence to achieve their goals, God the Almighty has exposed their plans and tricks. And the complete truth and reality of the malice of the Iranian regime – especially the Ministry of Intelligence – against the Sunnis, the preachers and the memorisers of the Qur’an became apparent.

But this time, although the [interrogators] tried to do things to pressurize me again, they failed to achieve their evil goals.

Therefore, to destroy my religious image, and also my brother Arash Sharifi, and some friends, they adopted another way of [spreading] lies and false attributes. A documentary called ‘Scenario’ was broadcast on [Iranian state-run] news networks, which is in fact a scenario of the destruction of the Sunni youth, and the followers of the Qur’an and Sunnah, and the defenders of the Companions and the Mothers of the believers (may Allah be pleased with them).

I hereby explicitly state that my crimes and offenses according to the Iranian regime were to invite the people towards Tawhid and monotheism, and to follow the way of the Prophet (peace and blessings of Allah be upon him), and his beloved Companions and the Mothers of the believers. [My crime] was to advise people to prayer, chastity, virtue, honesty, and not to accept oppression.

My crime was defending the rights of the oppressed Iranian Sunnis, especially those in the West of the country. My crime was to protest against the insults made by the Government’s clerics against the righteous caliphs and noble companions.

Although the oppressive court, without giving me a chance to defend myself, sentenced me to death, I am happy and thankful that God has given me the ability to defend the truth.

May the Peace, Mercy and Blessings of Allah be upon you.