We shall honor March, 8th, the International Women’s Day 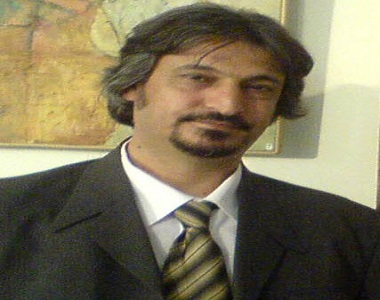 HRANA News Agency – Heshmatollah Tabarzadi, a political prisoner in Rajai Shahr prison lounge 12, writes in a letter: “No to death penalty, release of all political prisoners, minimum wage and no to mandatory veiling should be the national and minimum level of our demands at the moment. This is an effective, initial step that can be common consensus and objective for the movement.”

The following is the full text of the article submitted to HRANA news agency:

“I found that some of the Iranian human right activists and organizations have organized a movement towards a common goal and conducted several meetings in this regard. I welcome this movement. This incident shows that our movement and desire for change and gain freedom can soon result in the victory. I urge all human right activists, secular political figures and opposition to find a common ground. We should insist on the use of “Global Human Rights Statement” as the common platform to request our basic needs. This will help us to put our personal opinions and ideological differences aside and focus on the common demands.

My dear friends, ladies and gentlemen!

We are living in a grave condition and expecting a major event to happen. In one hand, the government is not only incapable of any kind of democratic reform, but also selfish and ignorance of the regime has drowned Iran in chaos and poverty. On the other hand, the civilized world has decided not to appease the regime any further and support Iranian people’s will for human rights and equality. In such circumstances, we have to stay strong and support the people of Iran to achieve their historical and national demands. We shall act now, else tomorrow will be too late.

March 8th, the International Women’s day, is fast approaching. The secular, pro-democracy movement of Iran should take advantage of such opportunity to gain momentum and present itself as a powerful alternative. This movement can send a clear message to the people of Iran including the liberals that change and victory is conceivable by joining a democratic and peaceful movement. It is important to avoid any monopoly, or attempt to narrow down the hegemony of the movement to a person or specific group. It is important that all democratic, social and political movements, organizations, trade unions, human rights groups and activists, representative of different gender identities, ethnic and religious minorities receive this message that this is a democratic movement, recognizing and representing all of them. No to death penalty, release of all political prisoners, minimum wage and no to mandatory veiling should be the national and minimum level of our demand at the moment. This is an effective, initial step that can be common consensus and objective for the movement. March 8th, the International Women’s Day, is a great opportunity for the democratic movement of Iran to condemn gender discrimination and demand equal rights for men and women in all levels including individual, family, legal, social and political.