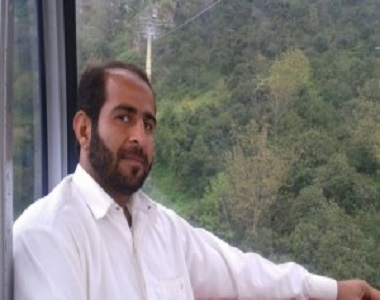 The full text of this letter is as follows:

I am the mother of Sadigh Bahram Zehi who was arrested along with the rest of Nasirabadi youth on 4th of January. In the Morning at the prayer time, the police without knocking the house door, were attacking the house and entering each room, they were collecting the man and asking their names.

My son who was awake, stood and without fear or dread said his name. They arrested him with his cousin, the one who had slept in our house and in reply to us who were helpless said:
“We have some question from them.”

Even they took his mobile phone and destroyed the rooms completely but they found nothing.
In terror’s time Sedigh was the assistance of Red Crescent.

How is it possible that he would cooperate in the terror?

If he assisted on it, how was he sleeping comfortably beside his family and did not run away?

Why was nothing found in his house?

And thousands of other why which questions are showing that this incident are feigned.

The Authorities tell, these people are a team who were arrested in a house while they were sleeping ignorant in their houses and elsewhere they are related to Jeysh Aladl, also other authority called them the internal team that are more dangerous than Jeysh Aladl, who were training the Military outside of the country for many years. What is the reason of these much contradictions?

Does not it show that each one of the authorities put accusation on them?

Each governmental Organ sent them to another place and after passing a month, giving call and visit, we don’t know where they are being kept.

Therefore, I demand especially from Mr. Ban Ki Mon and Ahmad Shaheed and all the organs and people who defend the human rights to address this matter quickly before our children die in dreadful prisons of intelligence ministry.