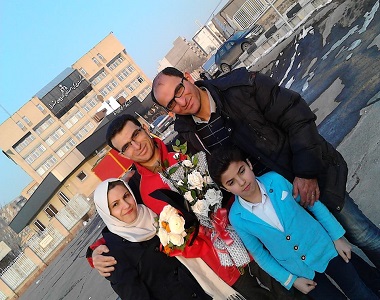 According to the report of Human Rights Activists News Agency in Iran (HRANA), A’yat (Youroush) Mehrali Beiglo was released on parole after enduring 5 of his 8 years imprisonment sentence on February 22, 2017.

Mr. Mehrali Beiglo was arrested along with four other activists; Mahmoud Fazli, Shahram Radmehr, Latif Hassani, and Behbood Gholizadeh in 2013.

This civil activist’s 9 year imprisonment sentence was reduced to 8 years after applying the aggregation rule to his sentences.

They had been charged with membership in the Central Committee of Gamouh (a political party), acting against national security, and propaganda against the regime.