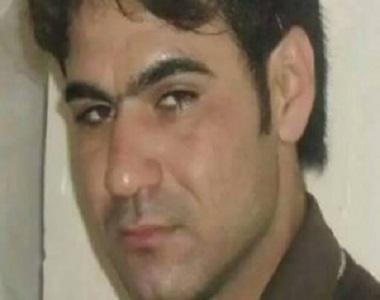 HRANA News Agency – Ayoub Asadi from Kamyaran, ill political prisoner and exiled in Kashmar, since about six years ago is waiting for a medical leave. He suffers from asthma, kidney problems and loss of vision in the left eye, but has been deprived of necessary medical care.

According to the report of Human Rights Activists News Agency in Iran (HRANA), Ayoub Asadi, who is now on the verge of starting his seventh year of imprisonment in Kashmar prison, requires specialized medical services.

A source close to Asadi family, in this regard, explained: “A week ago he was transferred to the hospital for asthma and was again returned to prison. It was requested from three months before. His health condition is not good and shortness of breath bothers him a lot, and because of the hunger strike that he had last year to protest the denial of medical leave, his kidney problems and vision problem in his left eye have deteriorated in a way that he cannot even see properly.”

The source went on and told HRANA’s reporter: “To take a leave permission, Asadi’s family referred to the Court in Kamyaran and they were told to go to Kashmar, they went there but received no answer. Last year they said it should pass seven years of his imprisonment. They are playing this family. At first they said that one fifth of his sentence must be passed to send him on leave. A fifth was over and then they said one quarter of the sentence must be passed, it was finished but they did not send him. Kashmar says seven years. They get a letter from Kamyaran, but they said the letter did not say that he should have been sent on leave.”

The source at the end emphasized: “His family just wants him to be sent on leave. His father and his mother have got serious problems because of missing him. It is three years that his parents have not been able to go to visit him, due to aging and far distance. However, in their previous visits they had to speak Farsi and always two agent were present in their meeting. The last time his brother had gone to visit him was a year ago”.

Ayoub Asadi who is now on the verge of starting his seventh year of imprisonment in Kashmar prison, was arrested by the Guards in a village of Sanandaj, in 2011. He was charged with waging war through communication and cooperation with the opposition parties.

This citizen of Kamyaran after a year of detention was tried and sentenced to 20 years imprisonment and exile to Kashmar, by Branch one of the Sanandaj Revolutionary Court, in August 2012.

Mr. Asadi spent some time in Sanandaj prison and then was exiled to Kashmar prison.

A source close to Ayoub Asadi, earlier had told HRANA’s reporter: “Ayoub is a person who was not affiliated to any party. He was working as a taxi with his personal car. Several people suggested a lot of money, to take them to an address, then they were arrested together and he was tried along with them and was sentenced to 20 years imprisonment.”

To protest the “unjust imprisonment” and denial of leave Ayoub Asadi had gone on hunger strike for 29 days in June 2016.