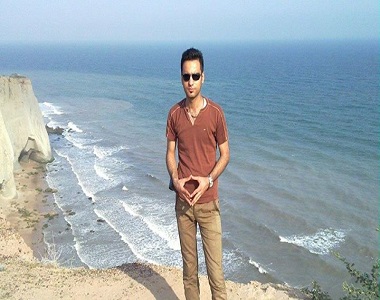 HRANA News Agency – Behnam Mousivand, civil activist who had shown up at Evin prison on Monday June 13 to serve his sentence, was transferred from the quarantine of ward 4 to ward 8 of this prison.

According to the report of Human Rights Activists News Agency in Iran (HRANA), Behnam Mousivand, civil activist who had been sentenced to one year imprisonment along with Arash Sadeghi, Golrokh Ebrahimi and Navid Kamrani, by the implementation of his two-year suspended imprisonment sentence for a previous case, had shown up at Evin prison to serve the three years imprisonment, on Monday June 13. He was transferred to ward 8 of this prison.

Arash Sadeghi, Golrokh Ebrahimi, Navid Kamrani and Behnam Mousivand had been arrested last time at their workplace, on September 6, 2014.

According to informed sources, their arrest was by acts of violence.

Navid Kamrani and Behnam Mousivand were released on the bail a few days later. Golrokh Ebrahimi was released the same year and Arash Sadeghi after more than six months.

These activists’ trial was held by the Court of Appeal, Branch 54 in July 2015, while Golrokh Ebrahimi could not attend due to an illness and according to medical evidences presented, her trial should had been postponed, but judge Salvati refused it and the prosecutor’s representative, without her presence, read the indictment and her trial was conducted in her absentia.

The court order was announced in Branch 15 of Tehran’s Revolutionary Court in their presence, on August 21, 2015. According to the verdict; Arash Sadeghi was sentenced to fifteen years, Golrokh Ebrahimi to six years, Navid Kamrani and Behnam Mousivand to 18 months of imprisonment. The sentence for Mr. The sentences of Mr. Kamrani and Mr. Mousivand were reduced to 12 months in the court of appeal.

Although legally the charges should be reduced by applying Article 134 and aggregation of crimes, but in the first instance and the appeal court it has not been mentioned yet.

Arash Sadeghi, Behnam Mousivand and Navid Kamrani had a history of arrest and imprisonment before this case.

Behnam Mousivand also had been sentenced to two years imprisonment before which he has to serve now.

Arash Sadeghi was arrested on June 7, to endure 19 years imprisonment and Navid Kamran received a summoning to present himself at prison to serve his sentence.