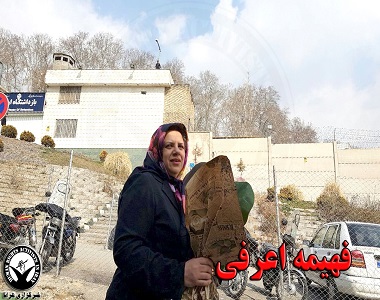 HRANA News Agency – Fahimeh Arafi, one of the teachers of Erfan Halgheh, was released from Evin prison at the end of her imprisonment sentence.

According to the report of Human Rights Activists News Agency in Iran (HRANA), Fahimeh Arafi, one of the teachers of Erfan Halgheh, was released from women’s ward of Evin prison, after enduring 20 months imprisonment on March 10, 2017.

Judge Ahmadzadeh of Branch 26 of the Revolutionary Court sentenced Ms. Arafi on charge of “blasphemy through teaching Erfan Halgheh” to 5 years imprisonment and then she was arrested on August 25, 2015, to endure her imprisonment sentence and was transferred to the women’s ward of Evin prison.