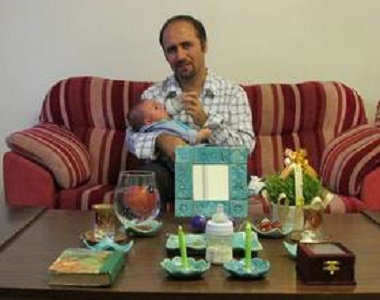 According to the report of Human Rights Activists News Agency in Iran (HRANA), Hossein Noorani Nejad, had been arrested in May 2014, when he returned to Iran, on charges of propaganda against the regime and acting against the national security.

This political prisoner was sentenced to 6 years imprisonment on 10th June 2014, by the Revolutionary Court branch 15 in Tehran, presided by Judge Salavati, and the Court of Appeal reduced his sentence to 1 year imprisonment.

Hossein Noorani Nejad, who has a record of arrest and imprisonment in 2009, had gone to Australia for education purposes, and when he returned to Iran to visit his wife and child, he faced an arrest warrant, while Rohani administration had promised to facilitate political activists return to the country were.