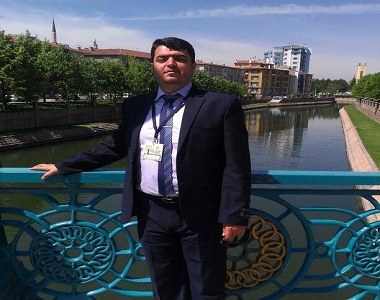 According to the report of Human Rights Activists News Agency in Iran (HRANA), Ismail Abdi had been arrested at his home without any forehand warning, after his 6 years imprisonment was confirmed on the appeal court, and had been transferred to Evin Prison on November 9, 2016. This union activist has been sent on leave for few days.

Amnesty International earlier had issued a statement, and said stated that Ismail Abdi was solely targeted for his peaceful Union activities.

Ismail Abdi was sentenced to six years imprisonment by Branch 15 of the Revolutionary Court in Tehran on charge of “propaganda against the regime” and “gathering and collusion to act against national security”, in February 2016.

These charges against Ismail Abdi are because of his peaceful activities; including his cooperation with Education International, the largest World Federation of Teachers’ Union, and organizing the peaceful protests of teachers and members of the Teachers’ Trade Association in front of the Parliament in October 2016, to protest against the low level of education funding and teachers’ salary and protest against detaining union activists.

The issued verdict against Mr. Abdi was confirmed on appeal court, in October 2016.

Ismail Abdi was arrested first time by the Iranian Revolutionary Guards, on June 27, 2015, when he wanted to apply for a visa, to attend the Seventh Congress of Education International, which was held in July 2015 in Ottawa.