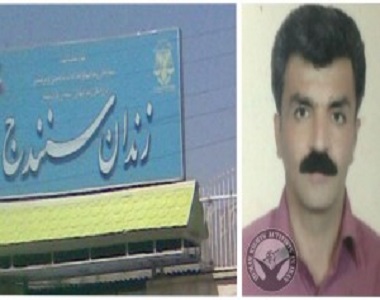 According to the report of Human Rights Activists News Agency in Iran (HRANA), Jahandar Mohammadi, political prisoner, had been arrested by the Ministry of Intelligence in Tehran, in April 2006 and was released from ward eight of Sanandaj Central Prison, on February 23, according to the “aggregation of crime and the application of Article 134”.

Jahandar Mohammadi, 47, from Sanandaj, was arrested by the Ministry of Intelligence agents in Tehran, and was sentenced to 16 years imprisonment on charges of “acting against the national security through membership in one of the Kurdish parties”, which was reduced to 11 years imprisonment by applying “aggregation of crime and the application of Article 134”.

Mr. Mohammadi was transferred to Evin prison, after his arrest and 18 days later he was sent to the Intelligence Office in Sanandaj.

It is to say that Jahandar Mohammadi had spent more than ten years of his sentence in Sanandaj Central Prison, and during that period of time he got medical problems due to lack of medical care and prison’s inappropriate condition. He was deprived of the right of parole during these 11 and had been sent to furlough only once.