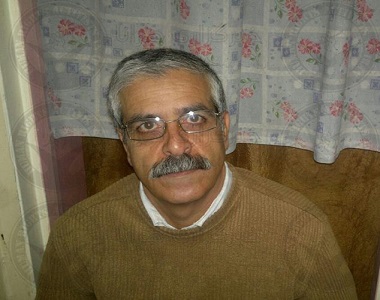 HRANA News Agency – Abulghasem (Javad) Fouladvand, political prisoners, was returned to prison, while his medical treatment was stopped, with no cure.

According to the report of Human Rights Activists News Agency in Iran (HRANA), Javad Fouladvand, who had been transferred to Tehran’s “Hezar Takhtekhabi” hospital, known as; “Imam Khomeini” hospital, last week, for a surgery, at 3:30 on Monday morning, 25th May, was returned to Rajai Shahr prison.

This prisoner of Hall 12 in Rajai Shahr Prison, after an operation on a part of his jaw, while he was waiting for another operation on the other part of it, and also an operation for hernia, and on his   foot as well, went on hunger strike to protest against being handcuffed and shackled and prevention to visit his family, and without completing his treatment, he was returned to prison.

This is while, the necessity of sending him to a hospital outside the prison, and the operation, were diagnosed and prescribed by prison doctors and had been approved by the prosecutor.

18 years of imprisonment for this Taxi driver, resident in Shahriar, was issued, while this political prisoner had been held in Jamshidieh and Ghezelhesar prisons for one year and six months on the same charge, in 1980’s.