A Journalist Arrested In Kermanshah 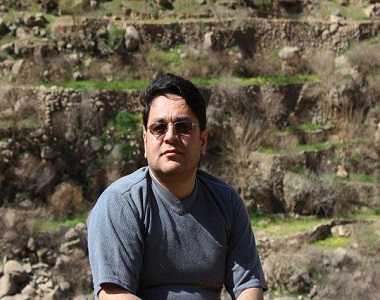 According to the report of Human Rights Activists News Agency (HRANA), on Sunday 3 January 2016, Farzad Pourmoradi was just moved to an unknown location when leaving the house arrested and searched the house and seized some belongings by the authorities.

An informed source said:” Few days ago when he was leaving the house with his wife and children, some people who apparently were in a six seated vehicle, stopped and arrested him and after searching the house, they took him with themselves along with his PC, mobile phone and even his child’s tablet.”

According to this source, after three days of detention and ignorance, the charges and any reasons for the detention of this political activist is unclear. However it has been said that he was detained by the IRGC intelligence agents.

Recently, the journalist was active in the field of parliamentary elections by launching a news channel in Telegram. He was accused of “subversive and divisive” by the local extremist media.