At least 2 students are arrested in Tehran University 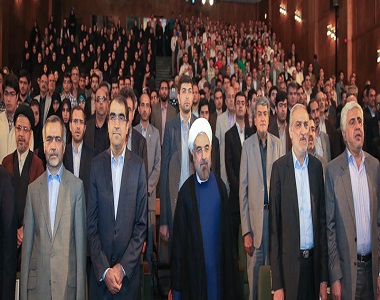 HRANA News Agency – At least two students including a girl have been arrested during Hassan Rohani’s speech in Tehran University.

According to the report of Human Rights Activists News Agency in Iran (HRANA), the students of Tehran University have song a march during Hassan Rohani’s speech and at least 2 of them have been arrested afterwards today morning.

One of the attendants told HRANA: “There were lots of students singing but we saw a girl and a boy being arrested by the security forces. The security forces were filming the students during the speeches and arrested them afterwards.”

There is no report of the names and the location of the arrested ones yet.