November Protests; the details of the case of three prisoners who were sentenced to death 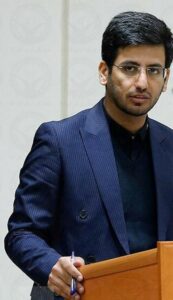