Omar Faghihpour Deprived Of Furlough In The 16th Of His Imprisonment 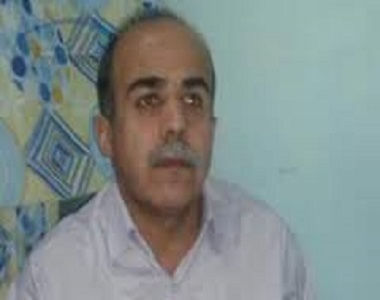 HRANA News Agency – Omar Faghihpour, Kurdish political prisoner in Rajai Shahr prison, has served 16 years of his life sentence and despite having the right of furlough or parole, he is still kept in the prison.

According to the report of Human Rights Activists News Agency (HRANA), he had been arrested in 2000 and charged with acting against national security and war against God through contact with the Democratic Party of Kurdistan. He was sentenced to death in Mahabad revolutionary court, and then the court of appeal reduced his sentence to life imprisonment with a degree of extenuating.

At the time of his arrest he had a sixteen-year-old daughter and after 16 years of imprisonment he has not been able to be with his family even for one day.

Omar Faghihpour after being arrested and sentencing to life sentence, was kept in Piranshahr, Mahabad and Orumiyeh prisons, and then was transferred to Rajai Shahr prison.

“Bahman Ahmadi Amou’i”, a journalist who was five years in this prison and after serving his full sentence was released, earlier in a letter the from prison to his wife had written about Omar Faghihpour: “For years he had no visitors, his articulated image is like this; he is always quiet and while sitting in front of the Islamic Republic TV watching movies, knits by hooks, bags and belts in a fast way to provide his life expenses in the prison.”