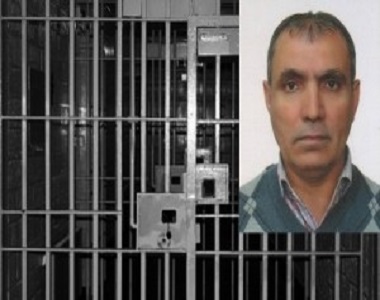 HRANA News Agency – Osman Mostafapour, political prisoner in Urmia prison has been in jail since 26 years ago for serving the 35 years impressment sentence. Although according to prison calendar, he has served 28 years in prison. The Revolutionary Court and the Public Prosecutor sentenced him to a total of 35 years imprisonment in two separate cases in 1991. He has been deprived of having furlough or parole during all these years.

According to the report of Human Rights Activists News Agency in Iran (HRANA), Osman Mostafapour (born in 1967) was arrested on July 14, 1991, and was tried in the same year. He was first sentenced to death by Judge Jawaheri, in Branch 1 of the Revolutionary Court of Urmia, on charge of assistant in murder. Then, this verdict was reduced to 10 years of imprisonment at the appeals court in 2000.

This prisoner of Uremia prison has not had any furlough during these 27 years. Close sources to Mr. Mostafapour told HRANA’s reporter that the commission of pardon could pardon the rest of his sentence, but this has not happened yet.

One of the lawyers of this political prisoner has filed an amnesty with the approval of the prosecutor last summer, but this request has been rejected.