An informed source told HRANA: “There are several oil and gas companies near the village. After receiving numerous complaints from the villagers, they had promised to look into it and get their running water back; a group came to the village to resolve the problem, wrote up a report, and reconnected the water for just one day before cutting it off again.”

The source added: “The villagers were disappointed by the promises from provincial and county officials, and blocked the road to these companies in protest of the problem. [The villagers] threatened to prevent company staff from entering if things continue this way.”

In July 2018, HRANA reported on water problems plaguing the villages surrounding Hoveyzeh. Hoveyzeh is a border town in Khuzestan with a population of approximately 20,000, most of whom work as farmers and ranchers. Due to the drought affecting Khuzestan, about ten regional villages face a crisis of water shortage.

Jafir Village is located 30 miles west of Ahvaz, the capital of Khuzestan. A large oil field encompassing the village contains an estimated 2.1 billion barrels of oil reserves. In addition to oil, there are layered reservoirs of natural gas in the region with a production capacity of 6.3 million cubic feet per day. Nevertheless, the villagers of this region are deprived of their basic rights. 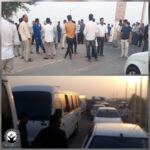 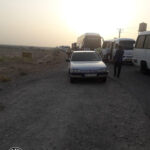 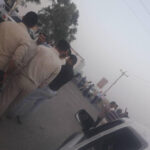 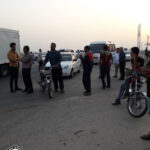 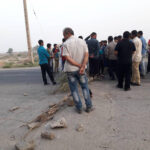 Tags: jafir villagers, water shutoffs in khuzestan
Posted in: Other