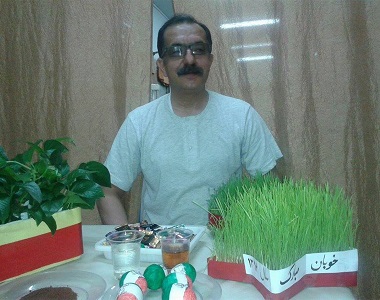 HRANA News Agency – On Friday, 29th June, the situation of political prisoners, Pirooz Mansoori, has been reported critical, and after being transferred to the clinic of Rajai Shahr prison, has faced no treatment from the medical staff there.

According to the report of Human Rights Activists News Agency in Iran (HRANA), after the installation of noise devices in the yard of ​​Hall 12, political prisoners ward, the prisoners are suffering from chronic disease, such as asthma, the lethargy and malaise, dizziness and a severe headache and prisoners families’ protests have come up with nothing while department of prisons’ authorities say that Ministry of Intelligence has installed them and it has nothing to do with them.

In the past few days, due to the intensification of the activity of these parasitic devices driver, Shahrokh Zamani, Khaled Hardani, Mohammad Seifzadeh, Mashallah Haeri and a number of other prisoners have got critical situation and needed emergency medical care, also Fuad Moghadam was taken to hospital.

According to HRANA’s report, the recent increase in the number of noise devices and resonance waves in Rajai Shahr prison, in Karaj, cause prisoners headaches and dizziness, and consequently; their protests. Also, a large number of protests have happened in recent years against the noise waves, sent by the Iranian government to disrupt the satellite network, and a lot of researches and many experts’ opinions related to this phenomenon and the increase in cancer in Iran have been conducted and published and Iranian officials have several times confessed this issue.