Saber Naderi Visited His Family for the First Time 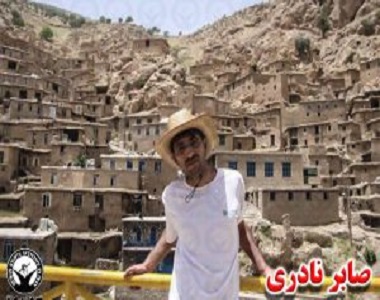 HRANA News Agency – Saber Naderi was arrested in Ghorveh city and was transferred to an unknown location, in December. His family is unaware of his whereabouts and fate and their follow up has had no results, so far. Sanandaj Revolutionary Court has orally announced to his family that his detention had been extended. The family has been able to meet him shortly at the detention center in Intelligence Office of Sanandaj for the first time since the arrest.

A source close to Naderi family told HRANA’s reporter: “Sanandaj Revolutionary Court has orally announced to the family of Mr. Naderi, director of the Shahir software Poya companies in Ghorveh city who was arrested on December 4, 2016, that his detention had been extended. But no information about the reason for his arrest and the charges against him have been provided.”

The source added: “Finally, after 50 days, his family was allowed to visit him briefly on January 25, 2017 in one of the detention centers of Intelligence Office in Sanandaj. According to the family, he had lost a lot of weight and was in critical condition and became very weak and yellow, but the traces of torture were not visible on him. He has said that he did not know the reason of his arrest, so far but he was completely innocent and the charge against him were entirely baseless and false.”

At the end the source said: “Security and judicial authorities have asked his family to persuade their son to cooperate and accept their indictment, and accordingly, they also have to address his situation, and get him out of solitary confinement and security prison and send his case to the court.”

HRANA had mentioned in the previous reports regarding the arrest of this citizen of Ghorveh, that the security forces first laid siege all around the house and then about 20 security forces simultaneously stormed into the house after opening the front door and inspected and cluttered all the furniture and accommodations of his mother’s house.

These forces unlike the existing rules, without the presence of a female agent, attempted to body search the women, and their personal belongings and in response to the family’s protests, threatened them with guns and made them be silent.

Security forces, after one hour of inspection and examining, eventually seized and took two laptops inside the home and one which belonged to the wife of Mr. Naderi, mobile phones of all members of family and a number of books and pamphlets.

At the same time, a number of security agents had stormed the Shahir Narmafzar Pooya Company located in Second Floor of Sina Building in Shariati Street, and interrogated all partners of Mr. Naderi and inspected the premises and computers.