HRANA News Agency – Saeed Shirzad, political prisoner in Rajai Shahr prison in Karaj, has gone on hunger strike by sewing his lips, to protest against the prison condition of ill prisoners and lack of security for the prisoners of conscience.

According to the report of Human Rights Activists News Agency in Iran (HRANA), Saeed Shirzad, a political prisoner in Rajai Shahr prison in Karaj has gone on hunger strike by sewing his lips, to protest against the lack of medical attention for ill prisoners and lack of security for political prisoners.

Mr. Shirzad has mentioned Mehdi Farahi Shandiz being beaten by the prison officials as an example of lack of security for prisoners, which he is protesting against.

It should be noted that, Saeed Shirzad, 27, a political activist and member of the Society to Defense the Street Children is in detention since June 8, 2014. He had been held in solitary confinement in ward 209 of Evin Prison for more than 2 months without having communication with his family and his lawyer.

This activist’s court was held in Branch 15 of Tehran’s Revolutionary Court, presided by Judge Salvati and the presence of his lawyer, Amir Salari Davoodi, after fifteen months from the date of his arrest, on September 12, 2015. He was eventually charged with “gathering and colluding with intent to act against national security” and sentenced to 5 years imprisonment, and the verdict was communicated to his lawyer, on Wednesday September 16, 2015.

This is the copy of Mr. Shirzad’s letter in his handwriting: 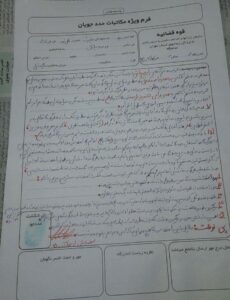 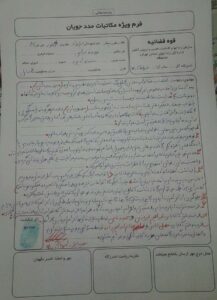 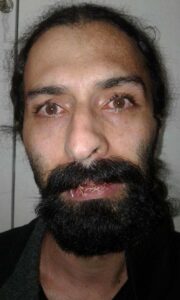