Security Forces prevented commemoration of Forouhars to be held 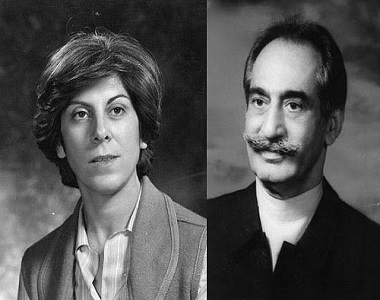 HRANA News Agency – This year, as in previous years, Security Forces prevented commemoration of Dariush and Parvaneh Forouhar to be held.

According to the report of Human Rights Activists News Agency (HRANA), two hours before the ceremony, that was supposed to be held, at the home of Dariush and Parvaneh Forouhar, plainclothes forces and police officers, with an extensive presence, prevented people to take part in the ceremony.

Earlier, Parasto Forouhar had said in an interview: “At the end of the day on Thursday, I was summoned and was announced that again, there are some restrictions and only close relatives would be able to attend the ceremony. There are some red-lines which are not respected during the ceremony. These red-lines are obviously for remembering and honoring the memory of political opponents who sought freedom. We hope by insistence on litigation against the Political crimes in Iran, which has hurt public conscience open wound, remembrance and litigation will continue.”

She also had said: “Unfortunately, according to my experience in the last two years, I should mention it is true that the prohibition is not explicit as in the past but forced frameworks are no less than what they had been, at all.”

Sixteen years ago on 21st November 1998, Dariush Forouhar and his wife Parvaneh Eskandari, two well-known nationalist and political and social activists, were killed at their home.