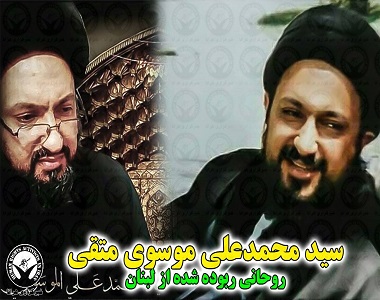 HRANA News Agency – Seyed Mohammadali Moosavi Motaghi is a Lebanese clergy who has been arrested in 2015 by Hezbollah in Lebanon and later submitted to Iran. He has been charged with security allegation and started a hunger strike in protest to many human rights violations since January 29 in Evin prison. He who had lost 35 kg of his weight, has been transferred to the clinic multiple times and finally was transferred from special ward of clergies to ward 209, on March 4.

Mr. Moosavi’s wife told HRANA’s reporter, “39 days has passed from the hunger strike of my husband but nothing has been done by officials in special court of clergies. It seems that it is normal for them, and they savagely pay no attention to lawful requests of my husband”.

Mr. Moosavi continued, “from the beginning of the hunger strike, they did not allow him to visit physician, until his condition became critical and he was transferred to Evin’s clinic. Since then he has transferred to prison clinic multiple times and received serum. He has lost 35 kg and has been transferred to ward 209 since March 4”.

Seyed Mohammadali Moosavi Motaghi is a critic clergy who lived in Lebanon, and was arrested by Hezbollah in 2015 and submitted to Iran. He who has faced security charges started his hunger strike in protest to many human rights violation since January 29 in Evin prison.