Students of Tehran University Protested against the Prison-Like Situation 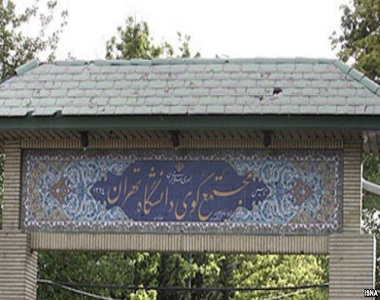 HRANA News Agency – Students of Tehran University attended a rally at students’ accommodation calling on the officials to address their demands.

According to the report of Human Rights Activists News Agency in Iran (HRANA), last Saturday, on 8th of February 2015, a large number of students at Tehran University dormitory gathered in protest against rising costs and reducing capacity of the accommodation, the time limitation of hours of silence at night for students, inappropriate Internet services, increasing the price of guests in dormitories and inappropriate behavior of dormitory’s security agents with students.

The gathering started with 50 students at 8 pm in the main square of the dormitory, and students asked for officials’ presence among them.

However, after doctor Hamzehloo, general director of the Tehran University dormitories, attended, when it was associated with an increase in the students’ population, the protests got more serious.

Because of lack of clear accountability by doctor Hamzehloo, students demanded the “Student Affairs” deputy to be present among them.

After some times, doctor Behnejad, presented among the protesters, when they were about 400, and students began to express their complaints, but doctor Behnejad did not give convincing answer and also his tone was disputed by students.

Then students got more fervent and stated that they want to meet the President of the Tehran University at the dormitory.

At this time, students began a demonstration on the campus to get the other classmates with them and invite others to join the rally.

Students’ rally got bigger up to 700-800 with students slogans such as “free education is our inalienable right”, “additional fees should be abolished”, “Our problem is our union problem, lawlessness should be ended”, “zealous student support”, “university president must be summoned” and finally, they gathered again in the main square of the university dormitory and announced that they won’t leave unless the President of the University would attend the gathering.

Finally, it was announced that doctor Khezri president and general manager of public relations field and Plenipotentiary Representative of doctor Neely, president of the university, will be in the gathering in a few minutes, the students sat in the same square and started writing their demands to obtain, at least, a written guarantee from the representative of the President of the University to pursue their demands.

Doctor Khezri attended the crowd and accepted the shortcomings and promised to follow the students’ demands, and a statement was read among the crowd which contained important topics including students’ demands for extradition additional costs especially upper pears students, canceling the time of silence and prohibition of traffic from 11 pm to 6 am, repeal the law allows security forces to enter the students’ rooms, preventing security guards of the dormitory to treat the students in an inappropriate manner,  improving dormitory’s Internet, stopping disciplinary action against the students at the rally, etc.

Then, this written statement was presented to doctor Khezri and he signed that statement promising to pursue the case and guaranteed to give a report in a week.

Finally, students stated that they give one week time to deal with their demands, and announced that on 14th February they will gather again to hear the officials’ explanations and then they ended their rally.