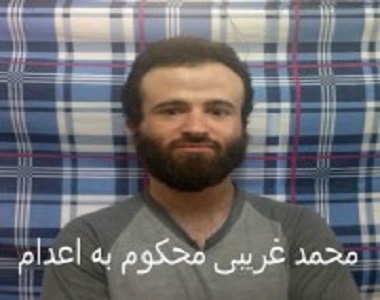 HRANA News Agency – Mohammad Gharibi, a Sunni prisoner of conscience awaiting execution in Iran, was transferred to Sina hospital in Karaj for a short while on Wednesday morning following a deterioration in his health condition.

According to the report of Human Rights Activists News Agency (HRANA), Gharibi, who was being held in Rajai Shahr prison in Karaj, had been prevented from receiving adequate medical care by the authorities.

A source told the HRANA, “Mohammad Gharibi had been experiencing severe kidney pain for a long time, and the clinic doctors had said that he needs treatment in [properly] equipped medical centers. But the authorities had always refused to transfer him to hospital, under the pretext that he is facing the death penalty.”

He continued, “Finally, on Wednesday when he was sent to hospital, doctors injected a few medicines, and because the authorities had not given him a permit to be hospitalized [i.e. overnight], he was returned to the prison.”