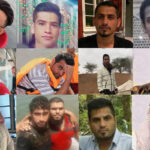 Human Rights Activists News Agency (HRANA) – Since last month’s attack on an Ahvaz military parade, dozens of Ahwazi Arab citizens of Iran have been rounded up, arrested, and transferred to unknown locations in the Khuzestan province.

Public urgency to find those responsible for the attack — which claimed the lives of several civilians, including women and children — is matched only by mounting concern that Iran’s security establishment, with its history of questionable investigation methods, might be searching too aggressively for a scapegoat.

The attack in question was a violent interruption to a military parade in Ahvaz on September 22nd, commemorating the Iran-Iraq war. Mid-ceremony, gunmen suddenly opened fire on soldiers and spectators alike.

Mojtaba Zolnour, member of the Iranian parliamentary committee for national security and foreign affairs, announced 29 deaths and 57 wounded. Several civilians, including a 4-year-old child, figured on the list of victims released by state-run news agencies.

It has yet to be determined which group is responsible for the attack, and on Iranian airwaves, theories abound. Not long after the attack took place, Iran’s Ministry of Intelligence released a video recording of blindfolded, unidentified detainees facing a wall, accompanied with the announcement that the Ministry had 22 suspects in custody.

Local sources have countered the Ministry’s report, estimating the tally of those detained so far to be closer to 300. The majority of these arrests have taken place in the cities of Ahvaz, Khorramshahr, Susangerd, and Abadan, all located in Khuzestan province.

Security measures now loom large over the Arab-majority neighborhoods south of Khuzestan, local sources say, while the families of those detained have been unable to obtain any indication from authorities on the status or location of their loved ones.

Previously, Iranian Minister of Intelligence Mahmoud Alavi made the public claim that “the terrorists who opened fire on the crowd have been killed,” adding, “Every single person behind the attack […] will be identified, and the majority of them have already been apprehended.”

Many of the arrestees have a previous track record with police, reinforcing public speculation that security forces are applying the timeworn approach of haranguing past offenders into culpability, current or relevant evidence be damned. 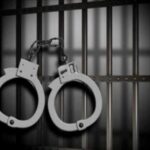 HRANA News Agency – In the wake of the arrest of Arab citizens from Ahwaz, five others were arrested by security agencies. These individuals whose number has reached to more than 10 people, are all accused of participation in protests against various issues, including discrimination in employment, conflict in the village of Jalizi, pumping away Karoon’s water and the drying of wetlands and rivers.

According to the report of Human Rights Activists News Agency (HRANA), arresting and summoning protesters in Ahwaz have been increasing since December 8, 2017 as the result of protests against the region’s problems, including discrimination in employment, drying up of wetlands and the conflict in the village of Jalizi. END_OF_DOCUMENT_TOKEN_TO_BE_REPLACED