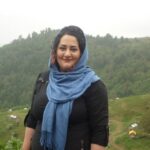 According to Human Rights Activists News Agency (HRANA), Atena Dayemi who was arrested on October 21, 2014 in her house and transferred to ward 2-A in Evin Prison which is controlled by IRGC, is still being kept in solitary confinement although the interrogation process has been finished. END_OF_DOCUMENT_TOKEN_TO_BE_REPLACED