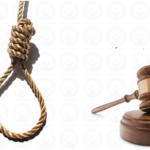 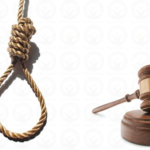 Human Rights Activists News Agency (HRANA) – HRANA reports that ex-member of the Islamic Revolutionary Guards Corps (IRGC) Arsalan Khodkam received news last week that he is to be sentenced to death on charges of spying for a Kurdish opposition party. Khodkam, who served the IRGC of the West Azerbaijan Province, has appealed the sentence.

Khodkam was arrested in late March by IRGC’s intelligence unit and is currently in Section 3-4 of Urmia Prison. He claims to have been tortured during his interrogation.

A source close to Khodkam revealed that the married 50-year-old resides in the city of Mahabad. He is among a group of former Kurdistan Democratic Party (KDP) members who changed loyalties during the 1990’s by joining the IRGC. After 16 years with the IRGC, he has been issued the death penalty for his alleged connections with the KDP; specifically, he stands convicted of “Cooperation with anti-regime political parties by espionage.”