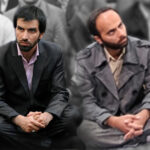 HRANA – Earlier this week, HRANA, the news body of Human Rights Activists in Iran (HRAI), detailed the identification of a man known by a number of names, most notably, Raouf. Raouf is a notorious security force member involved in a number of human rights violations in Iran. Operating in Ward 2A of Evin Prison, which belongs to the IRGC, Raouf is said to have participated in the interrogation and mistreatment of a large number of civil and political activists.

Although his main place of work is believed to be in Ward 2A of Evin Prison, a number of political-civil activists or family members of prisoners have faced interrogations at the hands of Raouf at other locations, such as offices affiliated with the Revolutionary Guards in Tehran.

He is responsible for interrogating a large number of political and civil activists, including Arash Sadeghi, Golrokh Erayi, Mahdieh Golroo, Soheil Arabi, Nastaran Naimi, and Athena Daemi. Most of these people are currently serving long prison sentences.

HRANA has spoken to a number of former political prisoners [whose names could not be mentioned for security reasons] personally interrogated by Raouf to confirm the identity and role of this security agent. Some of their statements are detailed below.

One witness stated,  “Raouf slapped me so much during my interrogation that twice I bled after returning to my cell.”

A former political prisoner, speaking anonymously, told HRANA, detailing his interrogation with Raouf,  “He hit me so hard that it caused one of my bones to break. He used a leather belt to beat me often for upwards of ten minutes. He did this while he verbally insulted my family and I.”

A human rights activist who served his sentence in Evin Prison told HRANA,  “He was present at all stages of my trial in the Revolutionary Court and repeatedly threatened my peers and I with new cases. He continued, “I still remember his face. I still remember how it bothered my wife…”

Mahdieh Golroo, a former student activist, confirmed Raouf’s role in interrogating her throughout her detention, posting a note on her personal page: “I have complained about his recent threats in Sweden by name, phone, and photo – to no avail.  It is my duty to expose the interrogators and those who destroy the lives of many with impunity.”

Since the original report was released, HRANA received information that Raouf is a pseudonym for the name Ali Hemmatian. We are not yet able to independently confirm and will continue to investigate further.

The below image displays Raouf sitting in the first row of Ayatollah Khamenei’s speech in 2015. 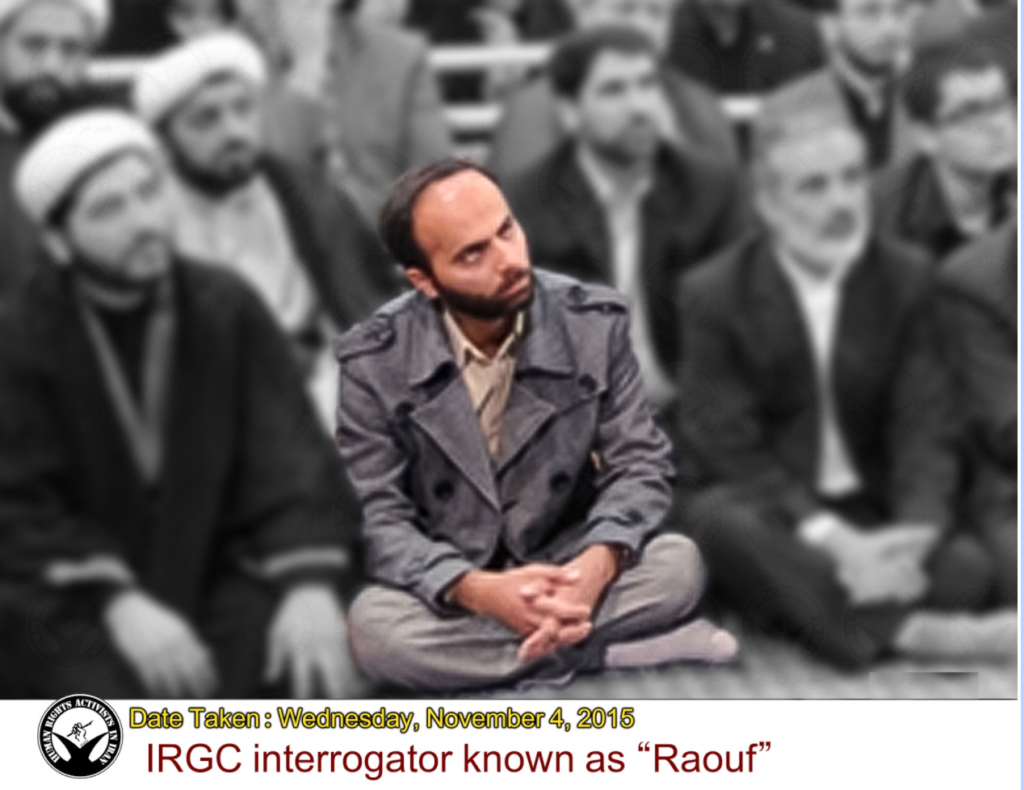 The information about Raouf drew public attention which led to additional witnesses coming forward to identify a number of other security figures within the country. Notably, these witness statements have led to the identification of an IRGC interrogator known as “Sattar.” Sattar is said to have played a role in detaining political prisoners involved in the 2019–20 Iranian protests (also known as Bloody November).

The following image, which shows a meeting of the directors and researchers of the Islamic Revolutionary Documentation Organization with Ayatollah Khamenei on April 11, 2011, shows Sattar in color. 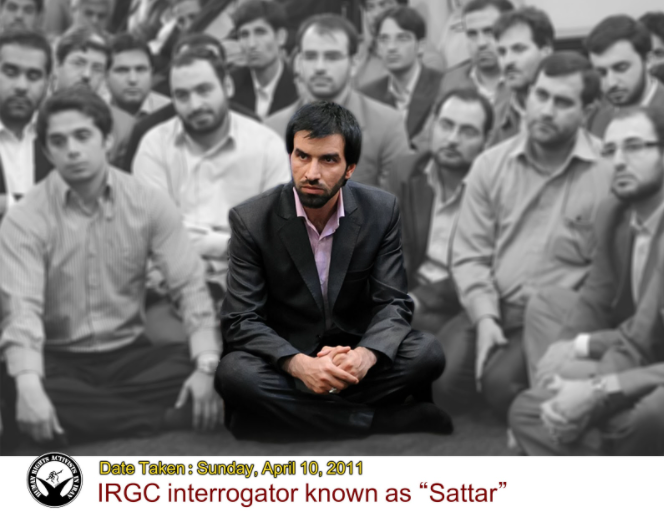 A group of witnesses, all of whom were detained during the November 2019 protests in Tehran, testified that after being arrested, they were taken to unknown locations where they were beaten and interrogated.

One of the victims told HRANA, “From the beginning of our detention [November 2019], we were blindfolded and then taken to an interrogation facility where we were beaten for several days.”  When asked about the man in question, the victim continued, “His colleagues called him Sattar; this name was perhaps because of the beard style he wore. However, when I saw him in those days,  he had a longer beard and shorter hair than in the 2011  picture [provided above].”

Another witness told HRANA, “While I was closing my business, located on Enghelab Street,  I was arrested by plainclothes men (November 2019). From the beginning of my arrest, I was beaten. In addition to myself, two or three other people were arrested and transported in the same vehicle, to an unknown location. After being transported, we were threatened and interrogated. The plainclothes man violently forced us to admit wrongdoing. This went on for two days before ultimately being handed over to the IRGC detention center in Evin Prison.”

A witness, detained at the same time, confirmed these witness statements and also stated, “There were a combination of forces present at the scene of the arrest that day and during the interrogation. Involved were plainclothes forces, Basij forces, and the IRGC. The person in question, Sattar, was in plain clothes, according to the case file and interrogation documents.” He continued, “When we were finally handed over to the IRGC, it was clear Sattar was affiliated with them.”

Sattar, in addition to the above-mentioned unknown places of interrogation, was also seen at the Yad Yaran Basij Resistance Base located on Argentina Street in Tehran.

Following HRANAs request for information, a number of other victims of Sattar’s interrogations contacted the news agency with information, including a court document discovered by HRANA and which named Sattar as “Massoud Safdari.”

A former prisoner who has experience dealing with the security forces detailed Sattar as the person who was present at the time of his televised forced confession. He told HRANA, “I remember his face very well, he was a rude person who, along with his colleagues, managed the video recording by threatening and intimidating me.”

Another witness, whose identity is withheld for security reasons, told HRANA, “I was interrogated at an IRGC intelligence base in Tehran Afsariyeh district known as 1Alef. They recorded my televised confession. Sattar didn’t leave me alone even after they recorded their video. He abused me and harassed my family by threatening them over the phone.”

Some sources also informed HRANA that Sattar, along with a number of other security forces, is living in the district of Shahrak Shahid Mahallati in Tehran.

From the summary of information received and based on the credibility of the sources, it seems that there is a team of young intelligence forces of the Revolutionary Guards in the internal security sector in the Tehran region; their traces can be seen in numerous cases. Sattar (likely Massoud Safdari), Majid Koushki (known as Majid Buffalo), and Massoud Hemmati, known to be on the Raouf team, all likely operating under the leadership of Raouf (likely Ali Hemmatian).

In an effort to complete information about this human rights abuser, HRANA News Agency is calling on victims and those aware of their status to assist in completing these investigations.