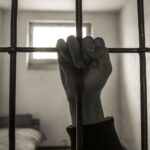 Iranian authorities sentenced three prisoners to death and lashes on the charge of drug felony and sexual assault. Two prisoners were sentenced to death in Najafabad Prison in Isfahan in the past few days. 33-year-old Majid Rezaipour, and 37-year-old Afshin Rezaipour, are in prison for drug felony. Moreover, according to Khorasan newspaper, a 25-year-old man was sentenced to death and lashes in Tehran. He assaulted six women while presenting himself as a taxi driver.

It should be noted that media inside Iran use “assault” when referencing to rape and various sexual harassment cases.