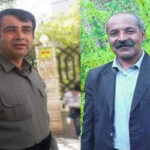 A Labor Activist Summoned to Intelligence Office in Sanandaj 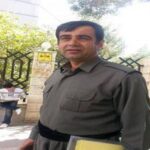 According to the report of Human Rights Activists News Agency in Iran (HRANA), Mozafar Salehnia, labor activist and board member of the Free Trade Union, was summoned to the office of Ministry of Intelligence in Sanandaj on 8th February in the morning, and was interrogated from 12 pm to 14 pm. END_OF_DOCUMENT_TOKEN_TO_BE_REPLACED