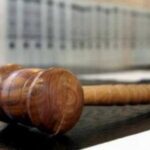 HRANA News Agency – On October 12 a court in Gorgan, in Iran’s Golestan Province, held the sixth in a series of trials of the Bahais who were arrested in the Province in October, 2012, and later released on bail.

According to the report of Human Rights Activists News Agency (HRANA), The accused at this trial were Mitra Nouri and Shiva Rouhani, both from Gorgan city, and Navid Moalemi from Gonbad-e Qabus. They were charged with “propaganda against the regime.” END_OF_DOCUMENT_TOKEN_TO_BE_REPLACED

New wave of the arrest of Baha’i citizens in Golestan Provence, Iran

HRANA News Agency – From Wednesday morning, the new wave of the arrest of Baha’i citizens in Golestan Provence of Iran has been began by security forces.