Iran, an open-air prison for lawyers: A report 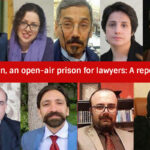 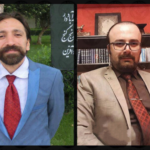 A Lawyer Tried On Political Charges In Arak 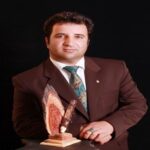 HRANA News Agency – Mohammad Najafi, an attorney, was prosecuted by the Disciplinary Attorney of Bar Association of Arak city with political-security charges and went on trial on Wednesday 6th January 2016.

According to the report of Human Rights Activists News Agency in Iran (HRANA), the Disciplinary Attorney of Bar Association of Markazi province (Arak) had prosecuted Mr Mohammad Najafi with a collection of political charges citing complaint of an unidentified citizen. END_OF_DOCUMENT_TOKEN_TO_BE_REPLACED