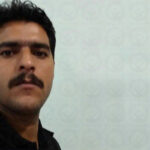 Human Rights Activists News Agency (HRANA) – The family of Amin Alizadeh–a member of Iran’s Gonabadi Dervish religious minority who was arrested in Tehran on June 29th with fellow Dervish Jalal Mousavi–has now been in the dark about his whereabouts for 40 days.

Alizadeh and Mousavi were arrested amid the “Golestan Haftom” incident in February 2018. The incident, named after the street in Tehran on which it took place, broke out when a gathering of several hundred *Gonabadi Dervishes were violently confronted by Iranian police and plainclothes members of the Revolutionary Guard’s Basij faction outside the residence of their spiritual leader, Noor Ali Tabandeh.

The Dervish community had rallied outside Tabandeh’s residence to prevent his possible detainment, as he has reportedly been placed under extended house arrest by Iranian authorities. 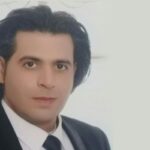