Rouhani 8 Years On: The Situation of Women’s Rights in the Islamic Republic of Iran 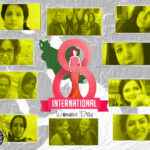 HRANA – On the occasion of International Women’s Day, Human Rights Activists in Iran highlights the situation of women’s rights in Iran during the 8 year term of President Hassan Rouhani. The following report includes an 8-year statistical overview of the most pressing human rights issues women are facing in the country. The report also introduces the brave women’s rights activists that are currently imprisoned or are facing imprisonment.

Women and girls in the Islamic Republic of Iran face widespread and systematic discrimination in areas touching nearly all corners of their lives. Discrimination against women is abundantly present in matters of family law, criminal law, education, employment, and social and cultural life. However, in the face of state-sanctioned discrimination, women in Iran are leading the charge, playing a primary role in defending their rights, standing up and demanding change; unfortunately, this is not without consequence.

Although many were hopeful, 8 years on, Iranian President Hassan Rouhani has done little to improve the lives of women in Iran. In fact, from August 2013 to March 2021, there have been 72 cases of self-immolation, 3,048 suicides, 20 claims of workplace discrimination, 2 reported cases of Female Genital Mutilation (FGM), 553 honor killings, 33,210 child marriages (girls under the age of 18), and 460 reported acid attacks against women. On the occasion of International Women’s Day 2021, Human Rights Activists in Iran (HRAI) highlights some of the most pressing women’s rights issues today and throughout the 8-year Rouhani presidency, as well as the 22 Iranian women’s rights activists targeted over the past 8 years, who have faced harassment, torture, ill-treatment, arrest and arbitrary imprisonment for speaking out against the instruments of oppression working against them every day.

The situation of women’s rights in Iran falls short of nearly all international human rights standards and obligations. While Iran is not a State party to The Convention on the Elimination of all Forms of Discrimination Against Women (CEDAW), they remain obligated as a State party to other international mechanisms which protect against gender inequality and discrimination, including: The International Covenant on Civil and Political Rights (ICCPR), the International Covenant on Economic Social and Cultural Rights (ICESCR), and the Convention on the Rights of the Child (CRC). Despite these obligations, women and girls remain unequal in both law and practice and according to the World Economic Forum’s 2020 Global Gender Gap Report, Iran ranked 148 out of 153 countries, only coming in ahead of The Democratic Republic of the Congo, Syria, Pakistan, Iraq, and Yemen.

Amidst wider social upheaval, compulsory veiling is one of the more well-known women’s rights issues in Iran. The Human Rights Council has stated that any laws regulating what women wear ‘violate [a] State’s obligation under the ICCPR’. Yet, in both law and practice women who choose not to abide by compulsory veiling laws face unrelenting punishment. Under law, women can be fined up to 500,000 rials and/or face up to 2 months in prison. In practice however, they are increasingly charged with crimes such as ‘moral corruption on Earth’, a charge which carries up to 10 years imprisonment. Imprisonment in any regard relating to compulsory garments is a violation of article 9 of the ICCPR.

Article 15 of the ICESCR recognizes the ‘right of everyone to take part in cultural life’. Nonetheless, Iranian women are banned from both singing and dancing in public and although it is not written into the law it is customary that women are also prohibited from attending sporting events. While there have been few occurrences which allow for women’s access to sporting events, access remains segregated and largely unequal.  From 2013 to 2021, at least 147 women were denied entry to sports stadiums. Additionally, 4 female athletes were deprived of traveling outside of the country to compete due to unequal and discriminatory marriage and family laws. The Committee on Economic Social and Cultural Rights has stated that ensuring the equal right of men and women to the enjoyment of cultural rights is a mandatory and immediate obligation of State parties (general comment No.16 (2005), para. 16).

Inconsistent with obligations under the ICCPR, Iranian women face discrimination in almost all aspects of family life including in marriage, divorce, custody, and guardianship. The ICCPR also protects the freedom of movement, yet women in Iran face widespread limitations. While women under the age of 40 require the permission of their husbands to travel outside of the country, married women require permission from their husbands; in fact, married women are not permitted to apply for a passport without their husbands’ prior approval—they’ve also no say in their place of residence.

Under Iranian law women are viewed as subordinates to both their spouses and male family members. This affects a woman’s right to obtain her desired employment, as husbands have the right to prevent their wives from taking up certain employment should they deem it inappropriate (against “family values”). Additionally, wives are required, under law, to provide for a husband’s sexual needs; if they should not, a husband in all cases has the exclusive right to a divorce, without question, while women face unconscionable hurdles in the same respect. Should a divorce occur, the father becomes the lawful guardian of a child; in the case of a fathers passing, guardianship is passed to the paternal grandfather as stated in Iranian Civil Code.  The Human Rights Council has stated that inequality in marriage is a violation of Article 23.4 of the ICCPR. (HRC general comment no.  28) including in the dissolution of such and with regard to the issue of custody.

The Right to Education

According to the CEO of the Society for Protecting the Rights of the Child (SPRC), approximately 1 million children living in underdeveloped and impoverished neighborhoods of Iran are deprived of receiving an education. In addition to being left out of school for societal reasons such as poverty, the lack of a birth certificate and the need to work in lieu of attending school are among contributing factors. Girls, in certain cases, are deliberately deprived of receiving an education. From 2013 to 2021, 4,142 female students were reportedly deprived of receiving an education due to early marriages, in certain cases as early as age 9, as well as a lack of permission from their male guardians to attend school. These numbers fly in the face of international standards as well as obligations under the CRC.

Between August 3, 2013, and March 2, 2021, a total of 84 women’s rights activists were arrested, 8 of whom were men. Additionally, 22 were sentenced to a total of 1,627 months of imprisonment, 8,800,000 Tomans in fines, and 148 floggings. The courts in this regard, carry out sentencing in ways that fail to meet international fair trial standards.

The charges placed upon them by the judicial authorities include:

➡️ 11 charges of “assembly and collusion against the national security”

➡️ 12 Charges of “propaganda against the regime”

➡️ 3 charges of “inciting and providing the means for moral corruption”

➡️ 1 charge of “disrupting public order, on the basis of participating in protest following the death of Farinaz Khosravani”

➡️ 1 charge of “assembly and collusion against national security through cooperation with dissident media.”

➡️ 1 charge of “being an effective member of the unlawful group the Defenders of Human Rights Center (DHRC), LEGAM (Step by Step to Abolition Death Penalty) and the National Peace Council” 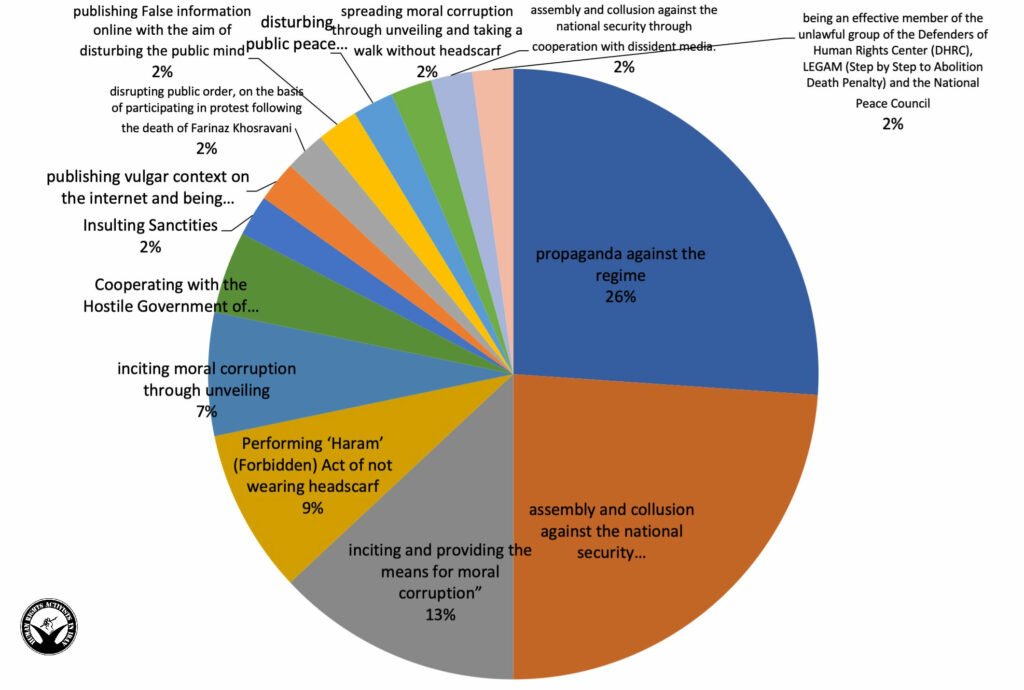 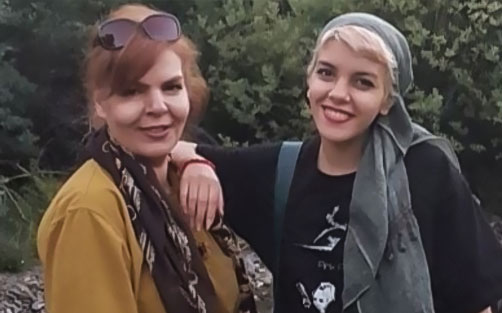 “Gathering and collusion against national security”

“Propaganda against the regime”

“Inciting and providing the means for moral corruption”

Both mother and daughter were Initially sentenced to 16 years imprisonment. Upon appeal, the sentence was reduced to 9 years and 7 months each. Article 134 of the Islamic Penal Code allows for 5 years and 6 months imprisonment in this regard.

Condition: Doctors have indicated that Monire Arabshahi requires a lumbar disc surgery and thyroid biopsy; she has been denied access to medical care. 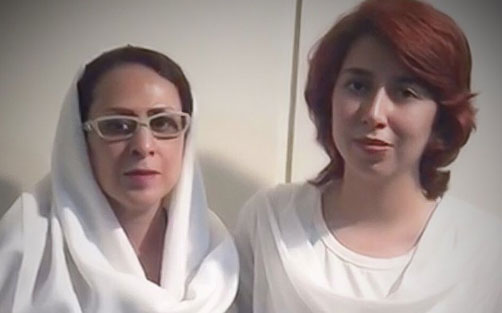 “spreading moral corruption through unveiling and taking a walk without headscarf”

“Propaganda against the Regime”

“Gathering and colluding against national security”

“assembly and collusion against national security through cooperation with dissident media”

“propaganda against the regime”

“inciting moral corruption through unveiling and posting it online” (acquitted)

Saba Kordafshari: – sentenced to a total of 24 years of imprisonment for the above-mentioned charges

Condition: On 24 December 2020, Ms. Ahmadi was transferred to a hospital to receive an MRI test, which indicated her spinal cord had been damaged due to stress and shock of the news that her daughter (Saba Kordafshari) was exiled to Gharchak prison of Varamin.

Prison: On Tuesday 26 January 2021 Saba Kordafshari was transferred from ward 8 of Gharchak Prison of Varamin to Ward 6, where she was beaten. She is currently housed alongside “violent crimes” prisoners. 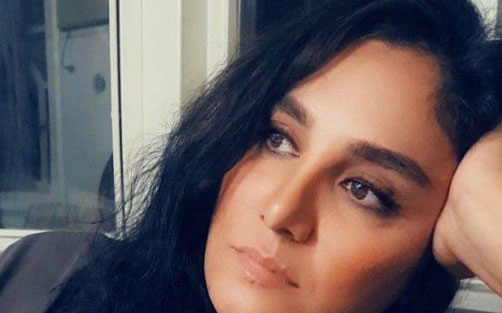 Latest Arrest: Thursday 25 April 2019. She was arrested at her home.

Sentenced by Branch 54 of the Appeals Court of Tehran

“Propaganda against the regime” 7 months imprisonment.

Prison: On Saturday December 5th, 2020 she was transferred from the Women’s Political Prisoners Ward of Evin Prison to Gharchak Prison of Varamin. 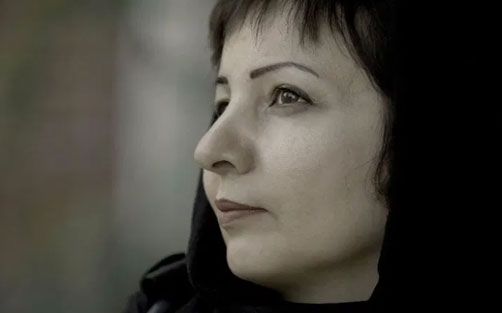 Arrest and Prison: Ms. Motalebzadeh was initially arrested on November 26th, 2016 through a phone call by the intelligence ministry. She was interrogated at Ward 209 of Evin Prison (under the control of the intelligence ministry) she was temporarily released on bail of 300 million Toman on December 19, 2016. On October 11th, 2020 she was arrested at the Sentence Execution Unit of Evin Prison to begin serving her sentence.

“Gathering and collusion against national security”

“propaganda against the regime”.

Sentence: Tried at the Revolutionary Court of Tehran in 2017 and sentenced to 3 years imprisonment. The sentence was upheld by Branch 36 of the Appeals Court of Tehran headed by Judge Seyed Ahmad Zargar. 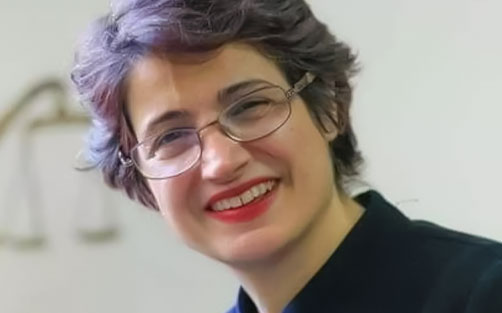 Trial: Tried on December 30th, 2018, in absentia, by Branch 28 of Tehran’s Revolutionary Court

“gathering and collusion against national security”

“Propaganda against the regime”

“inciting and providing the means for moral corruption”

“appearing at an interrogation branch without proper Islamic Hijab”

“publishing false information with the aim of disturbing public opinion”

“being an effective member of the unlawful group the Defenders of Human Rights Center (DHRC), LEGAM (Step by Step to Abolition Death Penalty) and the National Peace Council”

– On Tuesday August 11, 2020, through a letter demanding the release of political prisoners Ms. Sotoudeh announced she was going on hunger strike.

– On September 19, 2020, following a heart condition she was transferred from Evin Prison to CCU units at Taleghani Hospital of Tehran.

– On Wednesday September 23rd, she returned to Evin Prison from the hospital.

Mr. Khandan (Ms. Sotoudeh’s husband) has stated that Ms. Sotoudeh did not receive the proper medical care during this time.

* she was transferred from Evin Prison to Gharchak Prison of Varamin on October 20th, 2020 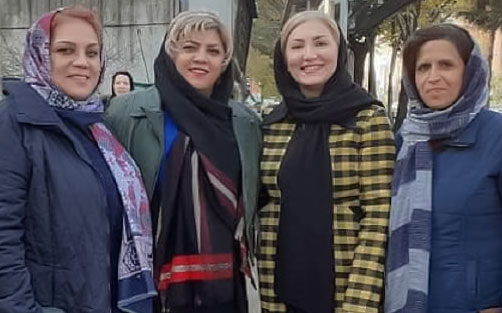 All four women were summoned to prison to begin serving their sentence on March 14, 2020

Charges and Sentence: Branch 26 of the Revolutionary Court of Tehran, headed by Judge Iman Afshari, sentenced each woman to 4 years and 2 months imprisonment.

“Gathering and Collusion against national security” each received 3 years imprisonment

“Propaganda against the Regime” each received 6 months imprisonment. 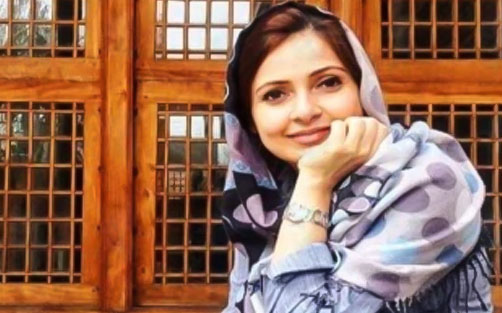 Arrest: In 2017 Ms. Jamali was arrested along with others during the 8th March, International Women’s Day Rally in Tehran, she was released sometime after the arrest.

Charges: “Propaganda against the Regime”

* the imprisonment has been suspended for 5 years 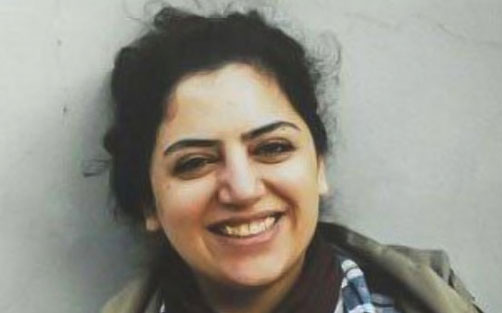 Arrest: Raha was arrested on November 29th, 2018, at the Imam Khomeini International Airport (IKIA) while attempting to depart.

Charges: “assembly and collusion against the national security”

Sentence: Initially issued by the Revolutionary Court of Tehran and later upheld by the Appeals Court. 2 years imprisonment

2-year ban from activity in political or journalist groups 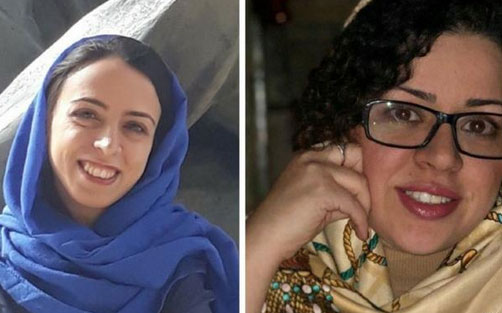 Najme Vahedi and Hoda Amid

Arrest: On September 1, 2018, both women were arrested separately at their homes.

Charges: “Cooperating with the hostile government of United States against the Islamic Republic in the field of family and women’s rights”

2-year ban from being active on the Internet, social media, and in the press

2-year ban from working as a lawyer

2-year ban from being active on the internet, social media, and in the press