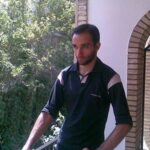 HRANA News Agency – Amnesty International expressed concern about the hunger strike of Saeed Hosseinzadeh, children’s rights activist and prisoner of ward 7 of Evin prison and his critical condition in a statement.

According to the report of Human Rights Activists News Agency (HRANA), the statement said: “Amnesty International is aware that Saeed Hossein Zadeh is suffering from different diseases such as heart disease, arthritis, digestive and respiratory problems, but “Sarollah” headquarters which was responsible for the investigation of his case, banned his medical furlough and threatened his life. END_OF_DOCUMENT_TOKEN_TO_BE_REPLACED