According to the report of Human Rights Activists News Agency in Iran (HRANA), Saeid Matinpoor was released from ward 7 of Evin prison on 26th August, after applying Article 134 and ending his sentence. END_OF_DOCUMENT_TOKEN_TO_BE_REPLACED 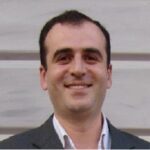 The condolence message of the political prisoners in Evin prison

HRANA News Agency – Some imprisoned human right activists at ward 350 of Evin prison, expressed their sorrows for sudden death of the senior member of Human Right Activists in Iran and the editor of HRANA.

According to the report of Human Rights Activists News Agency (HRANA), these prisoners have stated in their short message from the prison: END_OF_DOCUMENT_TOKEN_TO_BE_REPLACED

HRANA News Agency – Saeid Matinpoor, political prisoner of ward 350 who has been in prison from 5 years ago, for the first time was sent to 3 days leave.

According to the report of Human Rights Activists News Agency (HRANA), this political prisoner who was in prison since 11th July 2009 without any leave permissions was sent to 3 days leave on July 27th.

Saeid Matinpoor, on 25th May 2007 was arrested in Zanjan and after 278 days temporary detention he was released in February 2009 on a 500 million Tomans bail from Evin prison. This journalist was tried in a closed session at Branch 15 of the Revolutionary Court in Tehran.

He was charge with holding relationship with foreigners and propaganda against the Regime and sentenced to totally 8 years imprisonment.

November 2008, the appeal court of Tehran also confirmed the 8 years imprisonment sentence for this Azerbaijani activist.

Matinpoor is graduated in philosophy from Tehran University and is a member of editorial board of weekly magazine “Yarpagh”, “Wave of Awakeness” and blogger and civic activist.