The List of 39 Prisoners of Ward 7 of Evin Prison

HRANA News Agency – The following list is the names of prisoners in different halls in ward number 7 of Evin prison who are detained and imprisoned with charges like “being in contact with conflicting governments” and “espionage”. Themajority of them has rejected the accusations and consider them to have political motives. 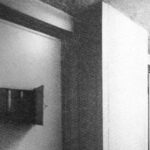 HRANA News Agency – After 9 months of detention in solitary confinement of ward number 7 of Evin prison, Saeid Norouzi is still in limbo.

According to the report of Human Rights Activists News Agency (HRANA), Saeid Norouzi, prisoner of ward number 7 in hall number 12 of Evin prison, while spending two months in solitary confinement in an unknown location and 7 months in ward 7, has been summoned multiple times to branch number 15 of the revolutionary court by judge Salavati. But he did not have any trials due to absence of the judge for different excuses and is still in limbo. END_OF_DOCUMENT_TOKEN_TO_BE_REPLACED