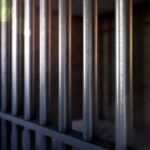 Two of Fazeli’s sons, Peyman and Pooya, are in the Albania-based camp of the People’s Mojahedin Organization of Iran, also known as Mojahedine Khalq (MEK). When MEK was based in Iraq’s Ashraf camp, Sotoodeh attempted to visit her sons for the first time in many years, but was arrested before traveling there. “She hasn’t seen then in 18 years,” a close source told HRANA.

According to the above source, Fazeli was arrested in early 2011 by the Intelligence Ministry and spent 31 days in Evin’s Section 209 before being released on bail that spring.

According to the source, Judge Salavati tried Sotoodeh, but she was never formally sentenced. Nevertheless, on June 29, 2016, she was arrested and sent to the Evin Women’s Ward, where she learned she had been sentenced to three years in prison despite having never been convicted.

After a brief release on furlough in July of 2017, Fazeli was returned to the prison in May 2018 despite her old age and the advancement of her disease. Her recent request for conditional release has been denied.

When Fazeli’s mother late Masoome Haj Abdolrahim Khabbaz requested a meeting with her daughter in the last days of her life, her family made great efforts to facilitate the visit. But Sootodeh’s hopes to be granted a hospital visit with her ailing mother, even for a few hours and in handcuffs, was denied by the Prosecutor’s office.

While Iranian legislation, including a ruling (or fatwa) from Iran’s Supreme Leader Ayatollah Khamenei, supports conditional release of prisoners over 55 years of age, requests from eligible detainees are often denied in practice.

Fazeli’s brother Seyed Shamseddin Fazeli was arrested in 1982 at the age of 20. His family learned of his execution when he was already dead, after he had spent three years in prison without ever being sentenced in court.

Fazeli, who is now retired, worked for 30 years as a school teacher.