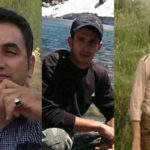 Human Rights Activists News Agency (HRANA) – On August 5, 2018, Branch 11 of the Appeals Court of Ardabil reached a verdict on the cases of three Azerbaijani activists, calling for fines of 21 million rials each (approximately $500 USD each), 70 lashes, and a four-month suspended imprisonment sentence.

On charges of “disturbing the public peace,” activists Baytullah Barzegar, Sina Ghorbani Irshadi, and Siyamak Ghardashi were issued their original verdict on January 30, 2018, from Branch 101 of the No. 2 Criminal Court of Meshginshahr. Branch 11 of the Appeals Court of Ardabil rejected the activists’ initial three requests for appeal, remaining firm on their sentence of three million rials (with the threat of 70 lashes for recidivism) and 18 million rials (with the threat of 4 months’ imprisonment for recidivism). Per the original verdict, their sentence was to be suspended for a probationary period of 3 years.

Last July, HRANA covered Baytullah Barzegar’s defense proceedings, as well as those of other activists arrested in conjunction with a demonstration held on International Mother Language Day. Barzegar has been taken into police custody on multiple occasions, including a 2015 Meshginshahr imprisonment for his participation in public protests against the state-sponsored television series Fitileh, which was widely believed to portray Azerbaijani peoples in a derogatory light. 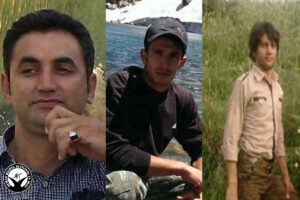