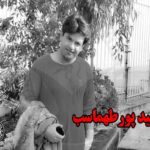 According to the report of Human Rights Activists News Agency in Iran (HRANA), Vahid Pour Tahmaseb was sentenced to 10 years imprisonment on charges of “membership in the group and the population with the aim of disrupting the security of the country” and 1 year imprisonment on charge of “advertising activity in favor of opposition groups” according to the verdict which was notified to on October 4, 2017. END_OF_DOCUMENT_TOKEN_TO_BE_REPLACED