A Juvenile Offender on Death Row since 11 Years Ago 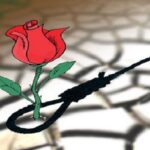 According to the report of Human Rights Activists News Agency in Iran (HRANA), Yahya Firouzi was born on April 29, 1998 in Sagan-Oulia village in Gilan-e-Gharb territory. He committed a murder in December 2006 when he was 17 years old, along with his brother Lotfollah, who was 27 at the time. END_OF_DOCUMENT_TOKEN_TO_BE_REPLACED