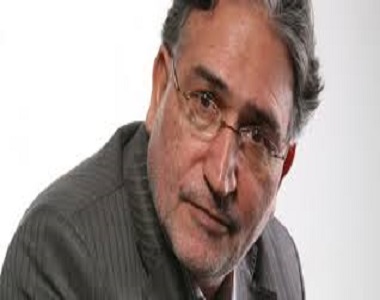 HRANA News Agency – Mohammad Nourizad, civil rights activist says that on Saturday he would be standing in front of the Evin Prison for 24 hours, in protest against being banned from leaving the country and his belongings being kept illegally by the Revolutionary Guard’s Intelligence. This Civil rights Activist intends to continue his protest until his demands are met.

According to the report of Human Rights Activists News Agency in Iran (HRANA), on Wednesday February 17 Mohammad Nourizad wrote on his Facebook page: “I will go to any length to get my two absolute and personal rights back. How? By being in front of Evin Prison for 24 hours. Dawn till dusk and dusk till dawn! Despite the wind and the cold that would want me broken! First: Mondays, Wednesdays and Saturdays. Later on: every day and every night, while I can still stand and breathe. Am I asking for much? All I want is my Passport freed, and my stolen belongings. Both captive in the hands of the Revolutionary Guards.”

Mohammad Nourizad have told A HRANA’s reporter, along with his right to leave the country and his passport he also wanted his computer, laptop, camera and videos that the Revolutionary Guards had seized from him and were not returning back.

Mr. Nourizad says, he has followed every possible legal procession, but he hasn’t seen any result: “Last spring, the administrator of the Prosecutor’s Office at Evin told me, ‘your ban to leave the country and your belongings are by the Revolutionary Guards and not by me, not even the ones higher than me can tackle with the Revolutionary Guards.’”

Mohammad Nourizad is a 63-year-old scriptwriter, director and journalist from Iran. He was considered an outspoken and religious journalist who during the recent years became one of the active critics of the Islamic Republic and has been arrested and imprisoned many times.