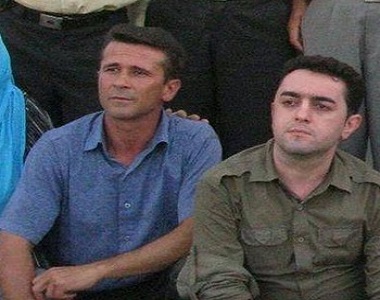 HRANA News Agency – Jamil Mohammadi, board member of the Free Trade Union of Workers in Iran, was tried in branch 15 of Tehran Revolutionary Court on Sunday morning, 8th February, also,  Jafar Azimzadeh, labor activist was summoned to court, by subpoena.

According to the report of Human Rights Activists News Agency in Iran (HRANA), Jamil Mohammadi, board member of the Free Trade Union of Workers in Iran, was tried in Tehran Revolutionary Court on Sunday morning, 8th February.

Jamil Mohammadi was notified of his charges by the court which were: participating in a protest campaign of forty thousand signatures by labors, membership in “Free Trade Union of Workers in Iran”, as well as charges like gathering and collusion to commit crimes against national security. He denied all of the charges and emphasized on workers’ rights in defense of human rights.

Jamil Mohammadi and Jafar Azimzadeh, two coordinators of the petition of forty thousand workers, at midnight on 30th April last year, were arrested during the security forces raid to their homes and detained for 23 days and 46 days respectively in ward 209 of Evin prison.

These arrests took place after the Work Supreme Council violated Article 41 of the Work Law on the minimum wage which was imposed to workers and was multiple below the poverty line that faced with protests by the coordinators and parts of the petition of forty thousand workers.

In response to this letter by the coordinators of forty thousand workers petition, security forces raided their homes at midnight on 30th April last year and arrested Jamil Mohammadi and Jafar Azimzadeh and transferred them to ward 209 of Evin Prison. Jamil Mohammadi was tried on 8th of February, and also, Jafar Azimzadeh is going to be tried with accusations of gathering to commit crimes against internal and external security, disturbing public order and security, disrupting the national security and propaganda against Islamic regime, on 1st of March this year.