Human Rights Activists News Agency (HRANA)- Women’s rights activist Najmeh Vahedi was arrested at her home by security forces on September 1, 2018. At the time of this report, no further information was available on her condition or the reasons behind her arrest.

HRANA previously reported on the case of Hoda Amid, an attorney and women’s rights activist, who was detained the same day. 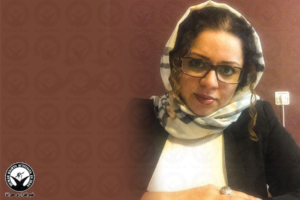 Vahedi and Amid had reportedly held educational training workshops for women inquiring about their rights in marriage contracts.

Vahedi and Amid’s arrests are part of a crackdown on lawyers and activists that has muscled up in recent months, including the arrest of prominent human rights lawyer Nasrin Sotoudeh on June 13th.