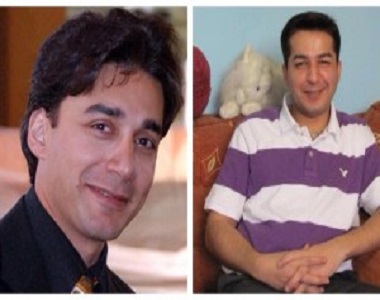 According to the report of Human Rights Activists News Agency in Iran (HRANA), Pastor Farshid Fathi and Ali Seyedian, Christian converts in Rajai Shahr Prison, in Karaj, were transferred to Hall 2 in ward 1 of this prison.

According to a relative of one of them, their condition in Hall 2 is not good at all, and contrary to the principle of prisoners’ separation based on the kind of crimes, they are held with non-conscience prisoners such as robbery prisoners, roughneck prisoners, and drugs related crime prisoners.

Four years ago on Sunday, 26 December 2010, on the eve of New Year, in an extensive and preset attack, “Farshid Fathi” Christian prisoner was arrested. Following this incident, a large number of citizens and members of Christian house churches were arrested in Tehran and other cities, as well. Farshid Fathi has been in prison since then.

In the morning of Tuesday 19th August 2014, he was transferred from ward 350 of Evin prison to Rajai Shahr prison, in Karaj, by the Prisons Department based on the Revolutionary Court’s order. When Farshid was transferred to Rajai Shahr prison, the case of alcoholic drinks that agents claimed they had found in ward 350 of Evin prison was opened until finally on Monday 29th December, when he was notified of a new sentence of one year imprisonment, by the Revolutionary Court.

Alireza Seyedian, another Christian convert, and a member of the church called “Church of Iran”, who was sentenced to six years imprisonment and lashes by the Revolutionary Court, on 14th March 2012, after the attempt to leave the country for spring break, was arrested.

He was sentenced to 6 years imprisonment, 18 million Tomans fine and 90 lashes by Branch 26, presided by Judge Pirabassi, on charge of gathering and collusion to disrupt national security and propaganda against the regime, and was released temporarily on a bail of 30 million Tomans.