2 Prisoners Hanged in Prison of Kerman 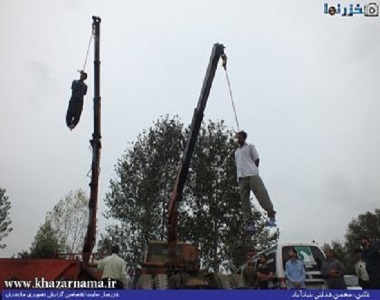 HRANA News Agency – Two prisoners who had been convicted of murder were hanged earlier this week in Kerman.

According to the report of Human Rights Activists News Agency in Iran (HRANA), the death sentences of two prisoners, convicted to death on charges of murder, was conducted on Sunday 24th May, in the prison of Shahab, in Kerman.

According to Human Rights Activists in Iran, the number of executions in the last several weeks, across the country have been increased, while, part of them were in the public, and other executions often not been declared and the administration of justice have not announced them.