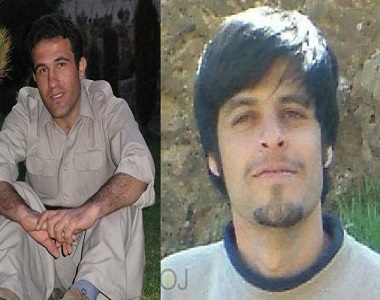 According to the report of Human Rights Activists News Agency (HRANA), Faroogh Samani, Alireza Rasooli and Khezr Rasool Morovat who were confined in Section 4 of the Uremia Central Prison with the ordinary and dangerous prisoners, were transferred to clause 12 which is for the political prisoners.

It is to say, «Faroogh Samani» an Artist from Mahabad was arrested by the IRGC forces and sentenced to 5 years imprisonment in early March last year.
While this Kurdish artist was arrested “Farzad Samani” his brother was arrested for unknown reasons a little earlier. Farzad Samani was convicted to 3 years and half imprisonment.

Khezr Rasool Morovat was arrested and convicted to 5 years imprisonment in early March 2013.