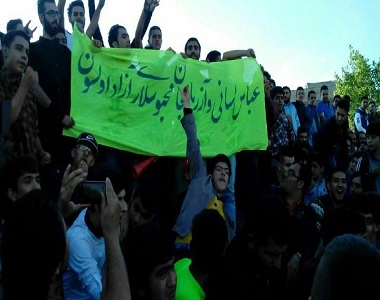 According to the report of Human Rights Activists News Agency (HRANA), these activists picked up a placard on which they had written: “Abbas Lesani, Azerbaijani activist must be released” during a football match between “Shahrdari Ardebil” and “Aluminum Hormozgan”.

It is worth mentioning that Maisam Julani, Tohid Amiramini and Saleh Pichganlo have another case about the protests against “Fitileh” program during which they were sentenced to 3 months and 1 day.