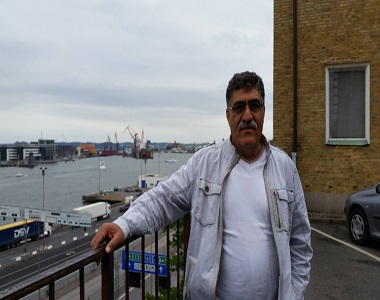 HRANA News Agency – Ali Nejati, labor activist and the leader of the Syndicate of Workers of Haft Tapeh Sugar Cane, has been arrested.

According to the report of Human Rights Activists News Agency in Iran (HRANA), the intelligence officers with a warrant, went to the house of Ali Nejati, searched the house and confiscated some of his properties such as the computer and arrested this labor activist, on Tuesday evening, 15th September.

The Charges and the reasons for his arrest are still not fully understood and the judicial authorities and agencies have not given any notification in this regard.

It is said that Ali Nejati was being under treatment because of heart disease and had an appointment to see his doctor in Tehran this week.

Ali Nejati, director of the Haft Tapeh Sugarcane Workers’ Syndicate, had been pursued and arrested several times, because of trade union activities.